I was stirred from my nap by a creepy sensation.  Something wasn’t right. Too groggy to identify it, I opened my eyes and saw my uncle’s friend at the foot of my bed. I was 16, and he was 28. He was quietly making his way up the side of the bed with a handful of shaving cream in his hand.  I didn’t move, but in the confusion of sleep my eyes questioned what he was doing.  He stopped when he saw I was staring at him, wordlessly wondering what he was doing in my bedroom? Suddenly, the look of mischief, born from his imagined prank with the shaving cream, fled as he suddenly realized how inappropriate it was for him to be there.  In silent contrition, he slowly backed out of my room, drawn by the weight of conscience.

My situation was a prank that backfired, no harm was ever intended. However lucky I may have been, I have since encountered a number of women who were in situations where the weight of conscience wasn’t heavy enough to stop a man from harming them. Most of the stories that I know of have been molestations from family members, especially fathers.

Years ago, before I discovered how wide-spread this travesty was, I was preparing a talk for a women’s retreat and was praying about what I would share. I was going to use fathers as an example of God’s love, but an unsettling feeling led me to believe God did not want me to, so I didn’t. As it turned out, during that retreat, a stream of testimonies revealed that many of the women had been violated by their fathers. I was breathless, heartbroken and shocked by the sheer number that came forward with liberating confessions. They had been innocent, vulnerable, little girls and young women who were victims of men who had betrayed the sacred father-daughter relationship. 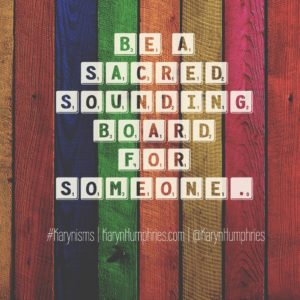 Since that time, I have been a sacred sounding board for even more women with stories of abuse from fathers, husbands, and brothers. Stories of betrayal, emotional manipulation, and the theft of innocence.  One violent story was a chilling account of being repeatedly stabbed and left for dead by her husband. These stories are real and they, unfortunately, are happening right under our noses.

A couple years ago, I was part of a project to serve women at a YWCA battered women’s shelter. Protected behind a tall, black, spiky, wrought iron fence were women and children trying to pull a semblance of life back together. I learned that a woman will seek refuge at a shelter on average of 7 times before she will finally leave the relationship.  After our visit, I was haunted about this reality and wanted to know more.  I didn’t like what I found:

·       1 in 15 children are exposed to intimate partner violence each year, and 90% of these children are eyewitnesses to this violence.5

The list above depicts physical violence, but there is also emotional abuse that takes place. My heart simultaneously flinches and roars against this reality. What makes this even worse is that women have been victimized throughout time. Crimes against us have an unattractive history, and it’s so sad to me that it still persists. Our young women are being preyed upon at colleges and it’s only in the last couple decades that, in most states, wives can take legal action against their husbands for rape.

As devastated as I am for the women, God left a surprising burden on my heart that night for men. I wondered and mourned why there weren’t more good men? What blight has afflicted our boys’ characters? What conditions lead them down this road? What emotional shortcomings are threatened to the point of violence? What environments steal their honor and chivalry? What mechanism of society has made them perpetrators against those they have been entrusted to cherish?

These men are not evil monsters, they are our boys who live in plain sight as our mechanics, accountants, sales reps, teachers, and even preachers. This type of abuse plays no favorites; it includes all races, religions, and socio-economic levels. I realize there are no easy answers here, and I certainly am not claiming to have any. But, I can’t help but see a crisis of unknown proportion, and it alarms me!

This blog sat incomplete for two years because I struggled with two questions: “What’s the point (of my thoughts)?” and, “What’s the solution?” I wrestled with both of them, to no avail, until two recent events brought everything to a head.

First, a friend asked for prayer as she put herself in danger by helping her friend leave an abusive husband. Days later her friend returned home. Then, I read about the rape and murder of an 8-year-old girl, as well as a separate, fatal, gang rape in India that have people protesting in the streets. Their social progress is tremendously challenged though, because even their lawmakers are accused offenders. (Can you hear my stomach turn?)

So, my point is simple; I’m angry. I’m really, really angry!  Sometimes that’s hard to work through, but anger is a God-given emotion. We can be angry, but we are called to not sin in our anger. (Ephesians 4:26) Jesus was angry, but He never sinned. He demonstrated righteous anger for how God’s temple was being treated. After clearing the temple, the blind and the lame came to him, and He healed them. (Matthew 21:12-14) 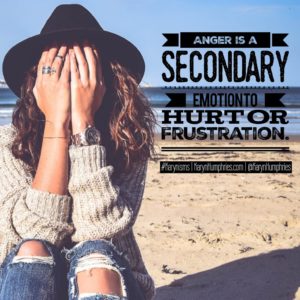 Anger is a secondary emotion. Whenever you’re angry you can trace your feelings back to either hurt or frustration. Anger is a choice; someone doesn’t make you angry, you actually choose to be angry. Choosing anger is okay when accompanied by reason and control. (Proverbs 29:11)

In your anger ask yourself; am I hurt or frustrated? That very action engages your reasoning. Identifying whether you are hurt or frustrated involves self-awareness, which is a core emotional intelligence (EQ) competency. This simple skill helps sort through the large, and sometimes consuming, aspects of anger. The essence of a healthy emotional intelligence is when your emotions and reason work together.

The anger I’m feeling is a righteous anger born out of frustration because this brutality is not aligned with God’s will. The very point of anger is to move you(or someone else) somewhere.  We generally use it to push people away, but when it moves us toward God, then it is doing its job. God can take our anger and help us handle our circumstance in a better way.

I know this personally!  Working through my anger was a key spiritual building block.  I still choose anger, but it looks different—I have developed a vocabulary that helps me talk through it and express it without pushing people away.  This critical skill has helped me to love better.

So, my anger has moved me to not only pray for both the abused and the abusers, it has moved me to sponsor a survivor through the TN Coalition. My donation will change the locks on a survivor’s home.  April just so happens to be Sexual Assault Awareness Month #SAAM2018 (talk about God’s perfect timing for this blog!) There are many different ways to help, I encourage you to let your anger move you to do good too, just like Jesus did in the temple.

As far as a solution, I don’t know an easy way to eradicate this violence, but I do know that we live in a fallen, sinful world.  I know that God’s best for us is regularly trampled upon this side of heaven. I know He weeps with both abused and abuser; this was never the life He intended for either. I also know that God can redeem all of this. His power and His reach are not too short. For anyone who has been ensnared in this darkness, know with certainty that no matter what has happened, you can be delivered from it.  No one is too far.  No one is too broken. In God’s economy, yesterdays do not dictate tomorrows. Christ makes everything new. 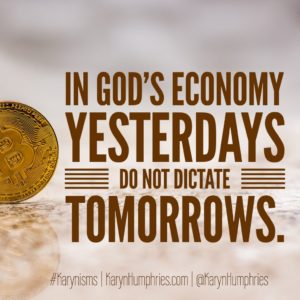 I have seen first-hand the resilience of women who stand in God’s truth and have believed and received the hope that Jesus offers them.  With help, they’ve built a life of freedom from their past.  Men do this too; everything is redeemable! The only real way we make a difference in this crisis is by loving well and remembering that darkness can never put out light.

So, I invite you to pray for more good menwith me. Because being safe should have nothing to do with luck, which as I look back at many of my own life circumstances, was the only driving factor that spared me from being pulled into that darkness too.

25 Husbands, love your wives, just as Christ loved the church and gave himself up for her…28 In this same way, husbands ought to love their wives as their own bodies. He who loves his wife loves himself. 29 After all, no one ever hated their own body, but they feed and care for their body, just as Christ does the church.

As a certified Christian Life Coach, I can help you move from where you are to where God wants you to be. If you are interested in gaining more control on your expressions of anger, then let’s chat. I’d love to be your champion in what God is calling you to do!