Skip to content
I am overcome with conviction for my continued lack of faith.  A dear friend’s father had a major heart attack last week and has possibly suffered brain damage.  He is not spiritually saved; in Christian terms that means he doesn’t have a relationship with Jesus.  Knowing my friend’s passion for The Lord, I know this weighs heavily on her heart, maybe even more than his physical condition. It was not looking good all week, but yesterday she shared that he made some meaningful movements, which were incredibly encouraging.
I don’t know what will happen… I’ve been in similar situations before.
I recall the cancer battle of the son of another friend of mine.  There were scattered moments of hope, fostered by incredible health gains along the way, but ultimately he lost that battle.  I give credit to prayer and the powerful faith of The Northside Community Church, and others, for those hope-filled, miraculous moments. I no longer put anything past the strength of FAITH that The Northside has. It is quite a phenomenon to me. I know they are currently being vigilant in HOPE for our dear friend and her father.
Perhaps that’s the real miracle of FAITH: the VIGILANCE in doubt, the PERSEVERANCE of belief through the reality of dire circumstances and the ultimate TRUST that no matter what happens, you’re NOT WRONG for making a stand in FAITH. This FAITH knows that our God CAN, and our God WILL.  It is not dependent on a feeling, or even vulnerable to what we sense in a situation.  The outcome is dependent, in some proportion, to the diligence of BELIEF on our part. 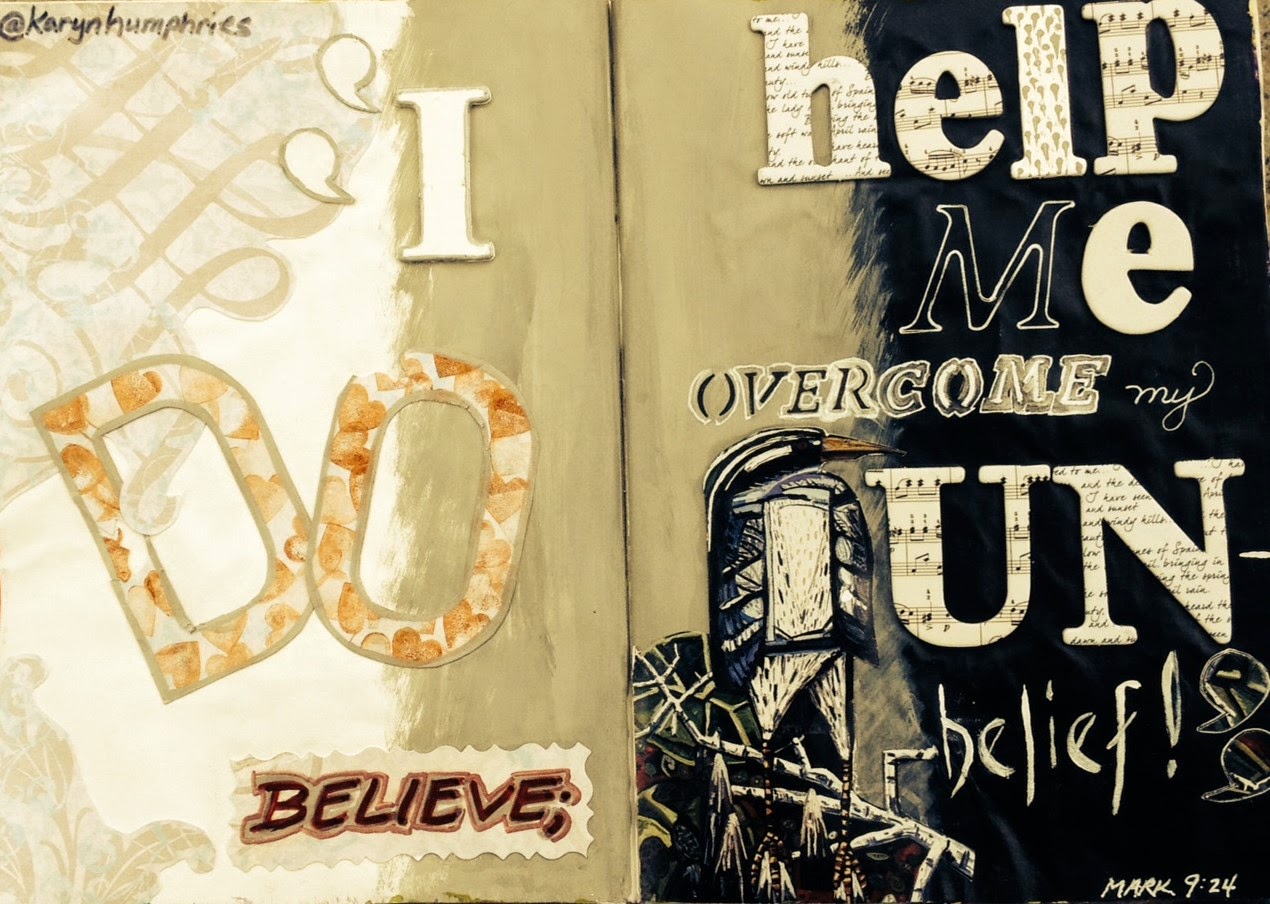 My long-standing prayer has been Mark 9:24, “I do believe, help me overcome my unbelief!”  I think of how Jesus didn’t do many miracles in his hometown of Nazareth because of their lack of faith. (Matthew 13:58)  I tell myself that I have to let go of my previous experiences where healing did not take place, and take on the banner of, “I WILL BELIEVE no matter how remote the chances are.” I need to take responsibility for the lack of faith I brought to those previous experiences. I need to dare to be wrong, to be confident even when shrouded in doubt and to elevate my earthly view to a new perspective.
I need to INSIST in the BELIEF of the outcome, not just PERSIST in prayer.  So in addition to my prayers, I will say in my heart and mind:
–          I BELIEVE that her father will make a full recovery and have time with Jesus on both sides of eternity.
–          I BELIEVE that my friend will be able to remain in Nashville and not have to leave because of unemployment.
–          I BELIEVE that a young life can still be filled with God’s glory, even if poor choices have changed its trajectory.
–          I BELIEVE I will do what I am meant to do for The Lord.
I BELIEVE my God is capable. I BELIEVE I have a part in the miracle. What I must do is put my own skin in the game. I need to be defiantly hopeful even when the circumstances are steeped in a convincing reality that lures me to believe, “It won’t happen.” “They aren’t capable.” “It’s just too much.”
Additionally, I have to realize that some of the sad outcomes may just be someone else’s miracle.  Who am I to presume to know these things? We will all die… for believers, who isn’t to say that that is the biggest miracle and blessing of all? I pray for The Lord to give me His eyes to see the power of faith and my responsibility in it.
In the book Kingdom Woman, Tony Evans gives the account of faith by a woman named LINDA.  He was scheduled to speak at a crusade in an open stadium where stormy weather threatened the event. They gathered to pray and most prayed, “If it’s your will God, hold back the rain.” Linda chimed in and prayed, “Lord, Your name is at stake. we told these people that if they would come out tonight they would hear a word from God. We told them they would hear from you. Now, if they come and You let it rain, and You don’t control the weather, then You will look bad. We told them that You wanted to say something to them, and if You don’t keep back what You can control – the weather – someone could say that Your name is no good. Therefore right now I ask in the Name of the Lord Jesus Christ for the rain to stop for the sake of Your Name!”  Despite reports that heavy thunderstorms were coming right at them, Linda sat on the stage, not with an umbrella, as others were, but with a confident look of expectation instead. Tony goes on to report, “The rain rushed toward the stadium like a wall of water. Yet when it hit the stadium it split. Half of the rain went on one side of the stadium. The other half went on the other side. Then it literally met on the other side of the stadium.”  All the while, Linda had sat there with a confident look on her face.
Linda’s confident belief backed up her bold prayer. That’s what I want! I want me some LINDA FAITH! (Can you hear the child tantrum within me?) I want to sit confidently before the storm and refuse to take an umbrella because even though I see the storm menacingly approaching, I can KNOW The Lord won’t let it rain because of my UNWAVERING belief, because of my PERSISTENT belief, because of my WILLFUL belief! And even if it doesn’t happen and I am WRONG, I’d rather be wrong TRUSTING Jesus, than be right in doubt.  I’d rather please God than be surprised by Him.  Because according to OUR FAITH it will be done (Matthew 9:29) and without OUR FAITH it is impossible to please God! (Hebrews 11:6)
To my many friends who have the Spiritual Gift of faith, thank you for your example; thank you for being Linda’s in my life.  To The Northside Community Church thank you for helping me see God in a bigger way; Your FAITH ASTOUNDS ME!